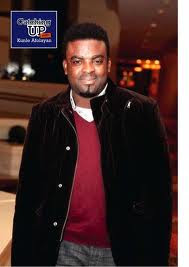 Kunle Afolayan has terminated his appointment as the Ambassador for the telecom company; Globalcom due to their differences.The Nollywood star joined the league of GLO ambassadors last year August with agreement worth of five million naira which lasted for two year.

Source disclosed that Kunle Afolayan want to renew his agreement and also demanded for increment in the fees of his agreement but his request was rejected by the telecom company and he treating to pull out of the agreement which the Chairman of the company; Otunba Mike Adenuga order the management to let Kunle go out of the contract.

It was also disclosed by a reliable source that the Kunle was forced out of the deal because he has been getting advances from other telecom company to join them as their ambassador.