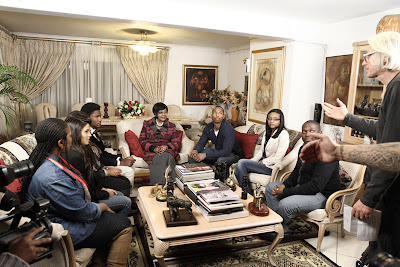 South African politician, anti-apartheid campaigner and former President of the ANC Women’s League, Winnie Madikizela-Mandela is set to inspire young African entrepreneurs in the latest episode of MTV Base Meets…with MTN, which premieres on MTV Base (DStv Channel 322) on her 76th birthday (26 September 2012).


Recorded in July at her home in Soweto, with MTV Base VJ Sizwe Dhlomo and a panel of young people from across the continent, MTV Base Meets Winnie Madikizela-Mandela will air to viewers in 50 countries across Africa via DStv and other terrestrial channels.

Among the varied topics under discussion will be leadership, personal responsibility and the need for positive role models for young people.

Speaking on behalf of MTV Base, Alex Okosi, Senior Vice President & Managing Director, Viacom International Media Networks Africa, commented, “We are honoured that Ms Madikizela-Mandela has
granted our youth panelists the great opportunity to share her wisdom and experience in a manner that is sure to inspire and motivate young Africans across the continent.” 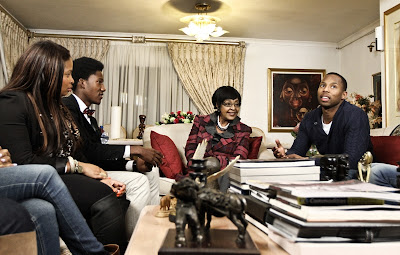 In each episode of MTV Base Meets…with MTN, ambitious young Africans from all walks of life pose hard questions to high-profile “thought leaders” about issues close to their hearts – in an intimate and informal environment, with no questions off-limits.  Topics on the agenda include entrepreneurship, education, youth culture, politics, sport, racism, gender issues and the African Renaissance. To date, youth panellists asking the questions have included students, journalists, bloggers, models, comedians, actors, musicians, humanitarian campaigners and poets.

To learn more about MTV Base Meets…with MTN, or to view clips from the programme, please go to www.mtvmeets.com or www.mtvmeets.mobi.  Connect with the campaign on Facebook at http://www.facebook.com/MTVMEETS or join the conversation on Twitter at #MTVMEETS.