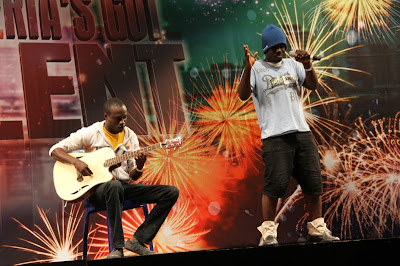 
As the contestants jostle for the fame, money, respect and the opportunity to become global stars, ahead of viewers lays lots of excitement as the show moves from raw auditions to the theatre show, eliminations all the way to the final show.
Sponsored by Airtel, Nigeria’s Got talent airs on AIT (10.30), STV (6pm), SOUNDCITY (6.30).

Also look out for Nigeria’s Got Talent on NTA and TVC.
In its sixth year, The Got Talent franchise worldwide has produced notable acts like Diversity, Bianca Ryan and runner up Susan Boyle, whose debut album became the fastest selling UK debut album of all time, selling over 3 million copies in the U.S.
For more info
Website: www.Gottalentnigeria.com
Facebook: www.facebook.com/NigeriasGotTalent
Twitter: @niggottalent