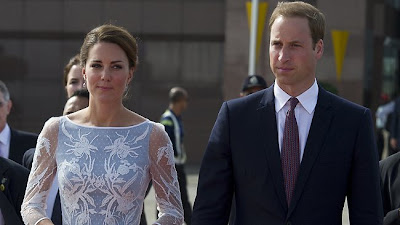 In a massive invasion of privacy, French gossip magazine Closer has acquired photos of Middleton sunbathing sans bikini top on the deck of a private chateau, owned by the Queen’s nephew, Lord Linley. She and her husband Prince William were staying at the chateau while they vacationed in Provence. The photos, taken with a long lens, appeared in Friday’s issue ofCloser alongside the headline, “Oh My God! Les Photos Qui Vont Faire le Tour du Monde” (or “Oh My God! The Photos That Will Make It Around the World”. In a five-page spread, photos depict the Duke and Duchess of Cambridge relaxing on their balcony, Middleton removing her bathing suit top, and the couple rubbing sunblock on one another. Basically, Kate and Will are acting as any couple would in the privacy of their home. And yet, this publication has decided to broadcast their private, intimate moments as news without the couple’s knowledge or permission. 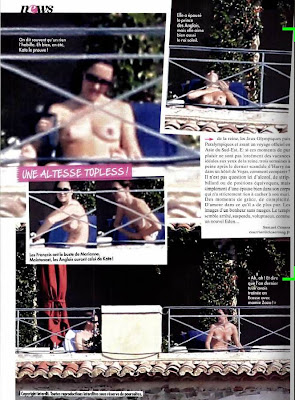 The royal family is, understandably, outraged. St. James’ Palace issued an official statement, seen in its entirety below.

Their Royal Highnesses have been hugely saddened to learn that a French publication and a photographer have invaded their privacy in such a grotesque and totally unjustifiable manner. The incident is reminiscent of the worst excesses of the press and paparazzi during the life of Diana, Princess of Wales, and all the more upsetting to The Duke and Duchess for being so.

Their Royal Highnesses had every expectation of privacy in the remote house. It is unthinkable that anyone should take such photographs, let alone publish them.

The palace’s statement touches on the most disturbing aspect of this whole affair, namely its striking similarity to the media frenzy surrounding Princess Diana. It’s no secret that the paparazzi’s obsession with Diana was so intense that they continued to snap photographs of her while she lay gravely injured following the car crash that would claim her life. I don’t mean to suggest that lurking in the bushes outside Kate’s vacation home is on par with chasing Diana down in a car, but the former sinisterly foreshadows the latter.

But Laurence Pieau, the editor of Closer, was unrepentant, defending her decision to publish the pictures during an interview with the French radio station Europe 1, insisting there was “nothing degrading” about the photographs and claiming she could not understand the couple’s reaction.
Ms Pieau also told the AFP news agency: “These photos are not in the least shocking. They show a young woman sunbathing topless, like the millions of women you see on beaches.”
William and Catherine have vowed to continue their nine-day Diamond Jubilee tour amid the controversy.
Source: Hollywood Life
http://feeds.feedburner.com/OloriSupergal