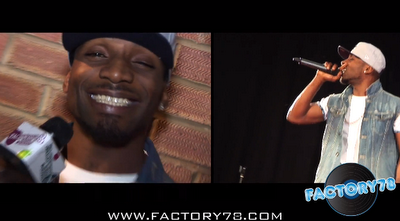 Factory78tv caught up with shy entertainer K-switch of D’banj records for a quick rundown.K-switch who also doubles as younger brother/hypeman to international Afro-pop star D’banj was at “Crack Ya Ribs” London with Julius Agwu and friends performing his popular single “sister Caro”. The usually quiet star shed some light on his future plans , giving his brother D’banj a gift of music and what fans should expect from him . Watch the brief chat and live performance featuring D’banj right here on F78tv.