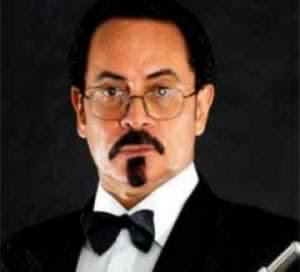 Shan George Top Nollywood Actress is in the News again for the wrong reasons as it seem her love for dating younger lovers has set her at War path with Tee mac former Pman President and international musician.

According to Bononline, findings revealed that Shan George whose Movie FINDING GOODLUCK opens in the cinemas this friday is in the middle of a big sex scandal which if not handled well may put her in trouble. They gathered that trouble started at the 2010 world cup held in South Africa where Shan George was one of the Artistes at the Nigerian village she Allegedly slept with 4 members of Teemac Gold convention band as she keeps begging them that the weather was too cold. Teemac took note of all her moves and when on there way back to Nigeria she was trying to chat Teemac son up. It was reported she took his son away from her.

Two months back, it was Olympics time and shan was suppose to be on the bill and at one of the meeting to get the team ready for the games Teemac saw shan was once again getting too close to his 21 years old son, he warned her never ever to get close to his son again and Teemac used his influence to ensure that Shan George was Actually dropped from the trip. When Shan was contacted for her side of the story she said “ok ooooo i have nothing to say to all these”.

In the past shan has dated Jide, Momoh and Presley all in there twenties.