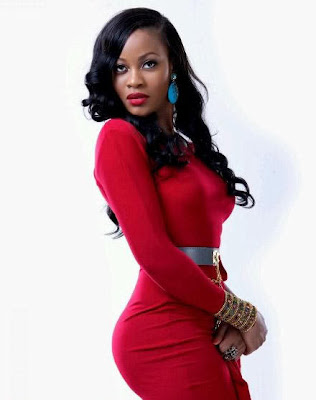 After four good years of captivating Africa as Telema Duke on the hit Mnet T.V soap Tinsel, the beautiful actress Damilola Adegbite has been announced to be leaving the show.
Her management team Cartwheel & Pandora PR gave an official statement to this effect saying-

“Damilola is sad to be saying goodbye to the show and would deeply miss everyone. The last four years spent on the show has been a very beautiful and fulfilling experience for her; Damilola over the course of four years has built not only  a good work relationship, but great friendship and regards the entire cast and crew as family.
She is however very excited about the next phase of her career, as she is currently on a movie set with AMAA Award winning film maker, Michelle Bello, where Damilola will be playing a lead role in the upcoming movie”

Well, she will be missed, but we all want to know what happens next. Will someone else play Telema Duke? or will the character be killed-off? We’ll just have to wait to see what happens.