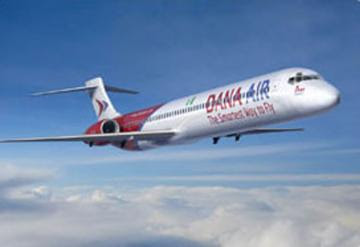 Its just three months after suspending Dana Air’s operating license following the Dana plane crash that killed 153 on June 3rd, 2012.  The federal government has finally lifted the ban.In a statement sent out this evening, the Special Assistant on media to the Minister of Aviation said the federal government decided to lift the suspension after being satisfied with the air-worthiness of the airline after a rigorous technical, operational and financial audit of the airline company.

Sabunta is changing name to Jumia