Segun Obe Back and Better with ‘Still Standing’ Album 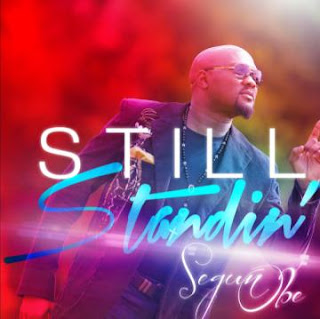 Gospel Artiste Segun Obe just launched the album ‘Still Standing‘  in U.S. The Album ‘Still Standing’ contains 8 tracks which include singles he has released over the 18 years span of his musical career. Producers who worked on the project include Wole Oni, Cobams Asuquo and  Phillip George (US). It was launched with a concert tagged “An evening with Segun Obe‘ and was well attended by fans and friends.

He is currently on the road promoting the CD and will do a launch in Nigeria sometime in August. The album has such tracks as “alewilese“, “plenty celebration” feat 9ice and a newly recorded track in Baltimore which tells a story of his life and is also the chosen name for the album tagged “Still Standing“.