New Video: Make I Yan You by L.N.C 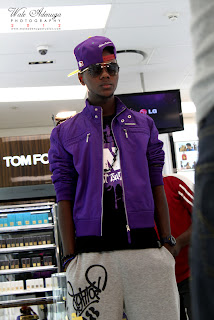 The single ‘Make I Yan you‘ has made great strides since its release in March 2012. It got him on Nigerian Breweries radar who invited him onto this year’s edition of STAR QUEST as a guest producer, he mentored QUANTUM VIBES who were voted in second place at the finale.

Only a few days after its release the single shot onto the TOP 10 chart on iwantairplay.com, reached and stayed at the number one spot for weeks as the most listened song of the week, month, year and now, of all time.

As of 10/05/2012 “Make I Yan U” debuted on the BEAT FM’s BLACKBERRY TOP 10 COUNTDOWN occupying the 9TH spot on the highly respected countdown and now occupies the #4 spot .

As though that wasn’t enough the youngster got the opportunity to perform his scorching hit track at Lagos premiere event “INDUSTRY NITE” (Music meets fashion edition Feat LNC, VECTOR and a host of others, a
dream for most upcoming artists, the outcome? Once again L.N.C killed it. Thistle Bar, Bahaccus, NuGrotto and Posh Cafe have all borne witness to this fast rising ENIGMA.
With a Patrick Elis directed video about to drop all LNC keeps saying these days is “Two Thousand and Make It” dreams do come true.