MTV Base Meets…with MTNreturns to television screens across Africa on 1 August 2012 on the back of a highly successful first seasonthat saw African youth make positive life-changing decisions after meeting their heroes on the show.

First initiated in 2011, MTV Base Meets…with MTN is a motivational youth empowerment and mentor-ship initiative and multimedia campaign that connects African youth with the thought leaders, opinion formers, decision makers and role models who shape their world.
Sponsored by Africa’s leading mobile operator, MTN, Season 2 of MTV Base Meets…With MTNfeatures an exciting and varied line-up of interviewees, including leading figures from the realms of entertainment, politics, fashion and sport,hand-picked to inspire African youth to fulfill their full potential.   Among the opinion formers and thought leaders taking part in the series is Senegalese-American R&Band Hip-Hopartist Akon,alongside other world-famous personalities including Hip-Hop pioneer and entrepreneur, Russell Simmons, South Sudanese supermodel Alek Wek, 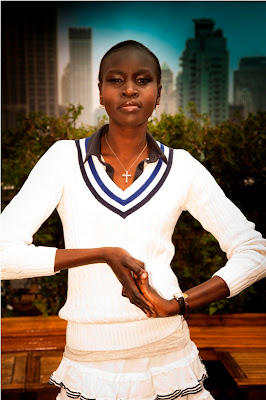 inspired young entrepreneurs from around the African continent to change their lives after meeting with their heroes.

Liberian-born singer Jerrilyn Mulbah was inspired by Nigerian businessman Aliko Dangote to echo his 18-hour a day work ethic. Subsequently, Jerrilyn saw her career take off, with three successful singles getting great traction on radio in Nigeria and Liberia, and a new music videodue for release at the end of June. Jerrilyn’sfirst album release follows soon, and her firstnational tour of Nigeria is due to be announced in the coming months.
South African event organiserSizieModise was one of a group of young people who met with Ben Murray-Bruce of the Silverbird Group. She made such an impression on Murray-Bruce during the interview that the media mogul offered her a job.
Ghanaian Arnold Sarfo-Kantanka met with British entrepreneur and humanitarian Sir Richard Branson as part of the series and afterwards decided to concentrate full-time on helping young Ghanaians achieve their full potential through his role as the Operations Director of youth outreach project, WAM Campaign, and fashion line, Ma FIRI Ghana. 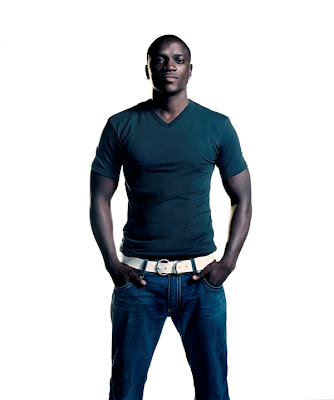 Season 2 of MTV Base Meets…with MTN, hosted by MTV VJs Sizwe Dhlomoand Vanessa Mdee, will air across Africa from 1 August on MTV Base (DSTV Channel 322) and on terrestrial stations across the continent, including STV and NTA (Nigeria), Spectrum TV (Cameroon), Viasat (Ghana), Rwanda TV (Rwanda), Swazi TV (Swaziland), Muvi TV (Zambia) and NTV and WBS(Uganda).
The first of nine episodes of MTV Base Meets…with MTN will be a 22-minute ‘Best Of’ episode, featuring highlights from Season 1, that will broadcast on MTV Base (DStv Channel 322) on Wednesday 1 August at 20:30 CAT.  Season 2 will then get into full swing with the premiere of MTV Base Meets Russell Simmons with MTN at 19:30 WAT/20:30 CAT on Wednesday 8 August.
Starting 18 June 2012, MTV Base and MTN will run a pan-African competition offering young African viewers the chance to appear in the final episode of MTV Base Meets…with MTN.  Eight young people will win an all-expenses paid trip to meet with Akon in the USA in September 2012.
The first season of MTV Base Meets…with MTN saw Nobel Prize laureate and President of Liberia, Madame Ellen Johnson Sirleaf, go head-to-head with the continent’s youth in Monrovia, while Rwanda’s President Paul Kagamefaced a youth panel in Kigali.  The other six opinion formers who laid themselves open for the probing questions of their young questioners include Grammy-winning R&B artist Alicia Keys, controversial South African politician Julius Malema and legendary musician and activist Hugh Masekela.
Speaking on behalf of MTV Base, Alex Okosi, Senior Vice President & Managing Director, Viacom International Media Networks Africa, commented, “In today’s competitive business and economic environment, it is vitally important to provide strong role models, heroes and mentors to help young people achieve their goals. MTV Base Meets…with MTN aims to inspire and motivate young Africans to understand that they are key drivers in ensuring a brighter future for our continent.”
Commented Jennifer Roberti, Executive for Group Marketing, MTN, “MTN got involved with this initiative last year at a time when there was a real need to bring youth and leaders together in open dialogue and debate. We still believe in the transformative power of giving young people on the continent this kind of forum. As the leaders of tomorrow,it’s not always about finding agreement. Sometimes questioning and challenging can be just as educational and inspiring. As MTN, we believe that when we connect people and ideas, we are creating platforms for better understanding and a common ground.”
According to Kola Oyeyemi, GM, Consumer Marketing, MTN Nigeria, the initiative will serve as a bridge for a growing segment of Africa’s population to connect with decision-makers through dialogue: “MTN is investing in this initiative with the hope of empowering African youth by bringing them together with notable leaders both within and outside the continent. This is another way that MTN is enriching lives, this time around by linking the youth with key influencers who will inspire them to reach for greater heights. It is also important for big brands to co-operate in forging leadership,” he said.
Commentingon her participation in the Meets campaign, Alek Wek said, “It was such a great day, meeting a group of young people who are both inspirationaland working hard to make positive changes.”
To learn more about MTV Base Meets…with MTN, or to view clips from Season 1, please go to www.mtvmeets.comorwww.mtvmeets.mobi.Connect with the campaign on Facebook at http://www.facebook.com/MTVMEETSor join the conversation on Twitter at #MTVMEETS.
http://feeds.feedburner.com/OloriSupergal