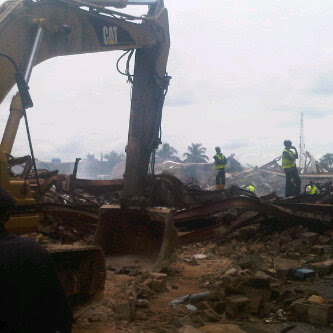 Check out more pictures from the crash site.

As at this time of report, President Goodluck Jonathan just arrived the scene of the plane crash, accompanied by Lagos State Governor Babatunde Raji Fashola and Police IG.

Update – “We have been working very hard to improve the aviation sector. This particular incident is a major setback,” President Jonathan #danacrash

Presidential spokesperson, Reuben Abati, said the president would not “entertain any question” from journalists #danacrash 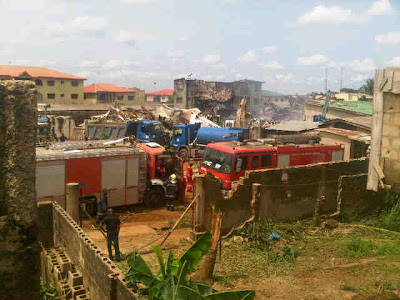 “We’ll make sure that this does not happen again,” President Jonathan said before departing the #Danacrash site. 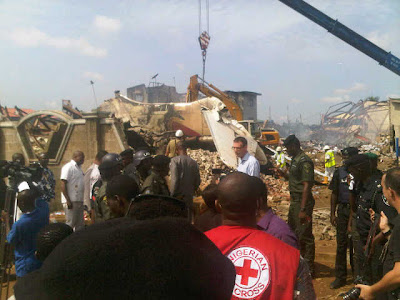 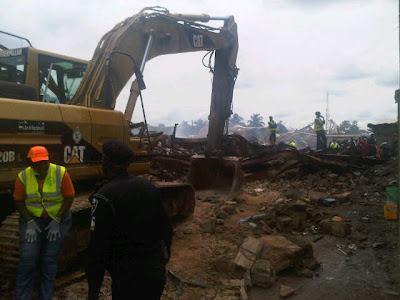