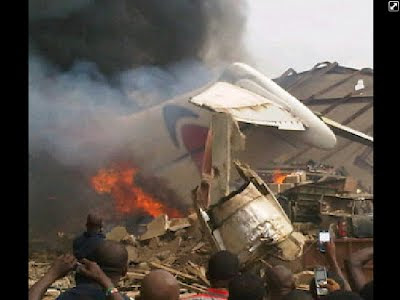 I can’t believe this! 153 pple dead? Jesus Christ! what kinda country is this? AIT just announced d crashing of d plane and d confirmation by aviation authorities that everybody on board from Abuja to Lagos are dead. 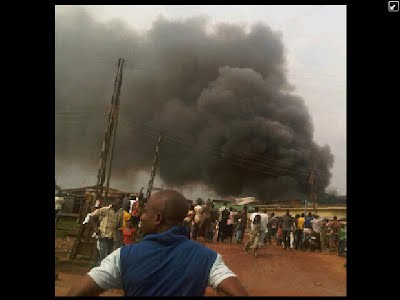 Picture of Abuja-Lagos Dana Airline plane which crashed around Iju/Agbado area of Lagos about half an hour ago.

The DG of NCAA, Harold Demuren, has confirmed that none of the passengers on board the crashed Dana
Airline aircraft survived. 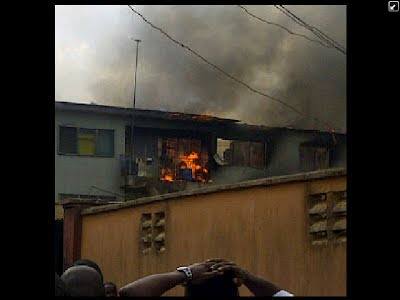 Just this morning too, 12 people have reportedly been killed following a suicide bomb attack at Living Faith Church, Bauchi. 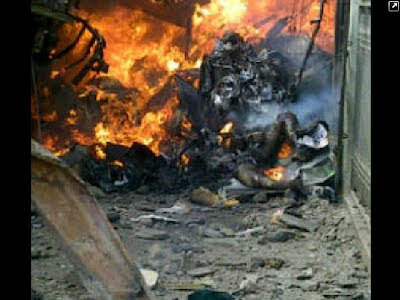 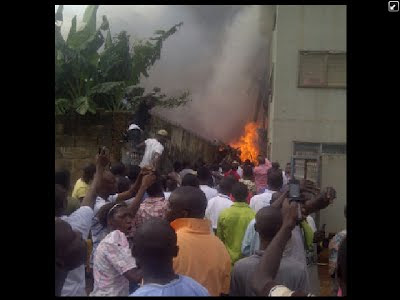