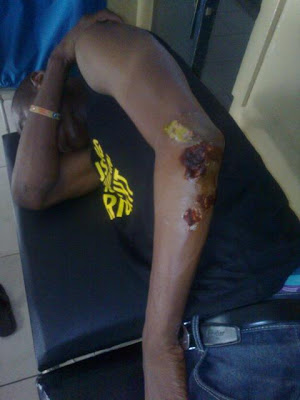 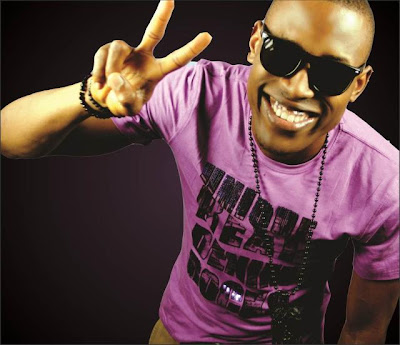 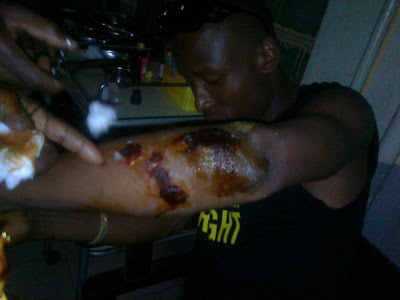 In the early hours of Saturday, April 28, 2012, Mr. 2Kay and his music band were involved in a car accident on their way back from the “Iyanya VS Mr. 2kay and friends” show that held at the University of Port Harcourt.

The bus conveying the Port Harcourt based singer and his band that consists of his dancers, backup singer and his manager summersaulted six times before it came to a final stop.

Spokesperson for Grafton Records revealed that no one died in the accident although they all sustained severe injuries. Mr. 2Kay sustained a deep cut on his left arm and lost a lot of blood but is stable and receiving treatment at an undisclosed Hospital in Port Harcourt.

Mr. 2Kay released his debut album in March 2012 and his music is getting massive airplay in the South. His hit song, Waterside Boy and Run This Town, which featured Duncan Mighty, is also the people's favorite in Port Harcourt.