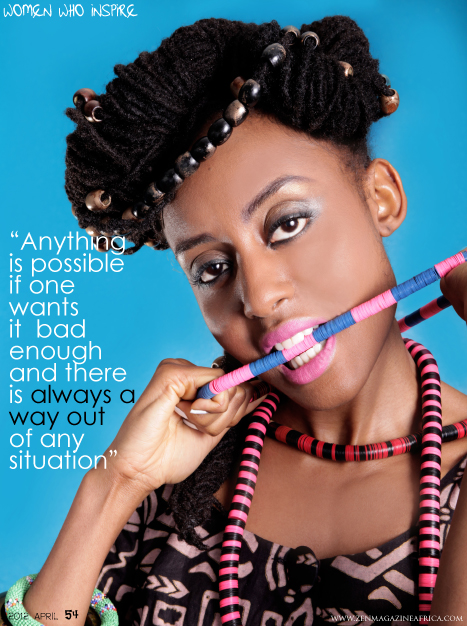 Zen Magazine shared their final feature for the month of April last weekend which featured Actress, writer & director Esosa Edosomwan who is based in America. We have attached the exclusives and would appreciate you to feature it as usual on your platform. 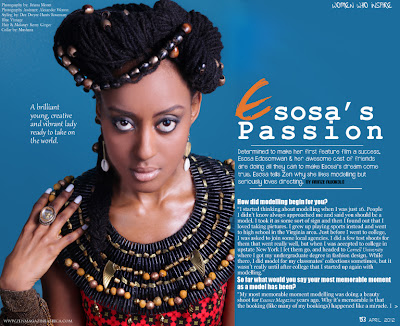 Also, their  website is out and we would love you to share it with everyone so that people

who can an editorial feature ‘Models, Fashion designers or creative artists’ can get in touch and we can plan a feature. Africa needs us to voice their message to the world. 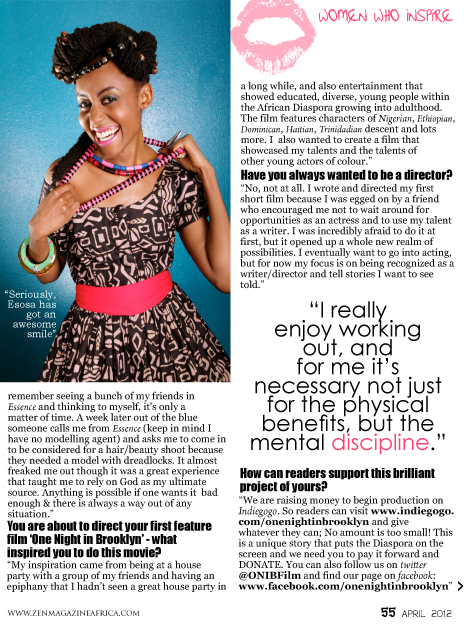 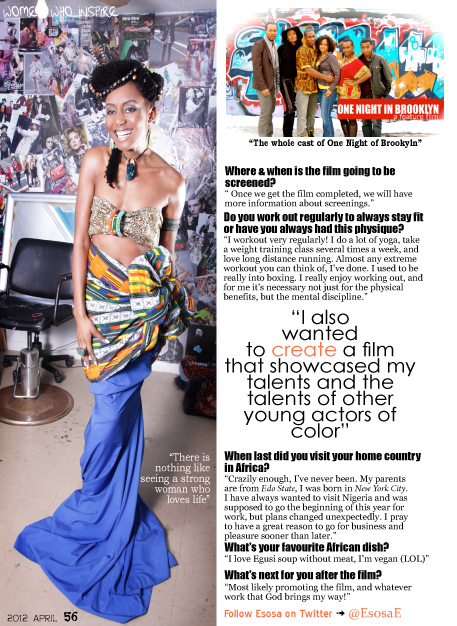