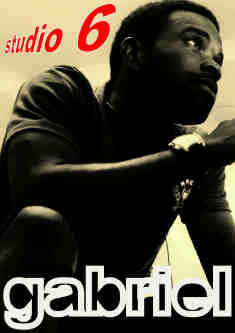 Gabriel Afolayan a.k.a G-fresh  was born in Lagos Nigeria on the 1st of march in the early eighties. His father was a veteran actor and one of the pioneers of film-making in Nigeria, Mr Adeyemi Afolayan popularly known as “Ade love“. Gabriel is a graduate of Theatre Arts from the University of Ibadan. He is an Actor, Producer, Writer and a Director in practice.

Gabriel has stepped into music professionally and he doesn’t just sing, he sings beautifully which is a plus to his already vibrant career. His interest in music dated as far back 1997 when he was signed to phoenix
studio as a backup singer. He’s been through several musical experience ranging from orthodox choir tradition downright contemporary gospel style of singing as a soloist,and also as back up singer. He’s also been part of several musical groups in church and back at the university. Right now his style of music is “Afro n B” born out of inspiration.

His new single LUV BUG (kokoro ife) is gaining massive attention and its the most talked about song right about now.

Who takes the Crown as Nigeria Idol ...