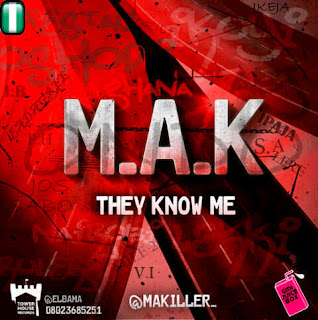 T.H.E proudly presents “They Know Me” ,M.A.K’s follow up single to Jalokoro which was released last year .With production credits to E Kelly (as well as his first single).

‘They Know Me’ simply explains M.A.K’s versatility as a singer and rapper.  Femi Makinwa aka M.A.K is already creating a fan base even in the University of Lagos where he is presently pursuing a degree in Insurance. He was featured on Ex-O’s “Hip Hop Speaks” album on the track “The Coalition” and you can also hear him on “Illegal Music II” mixtape on the track “Eyes”.

M.A.K is here to stay