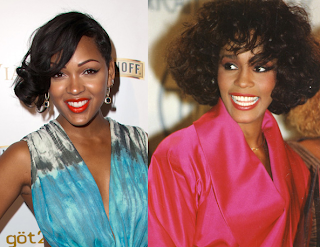 Whitney Houston may have been getting ready to tell her story. While there are probably plenty of scripts being written right now about the late singer’s life, it turns out that she began talks about developing her biopic not long before she die.

According E!, Meagan Good has never been shy about expressing her interest in portraying Whitney Houston in a biopic. And now that the pop icon has passed, Good reveals that the project was already in the works.

Do you think Meagan will make a Good Whitney Houston?