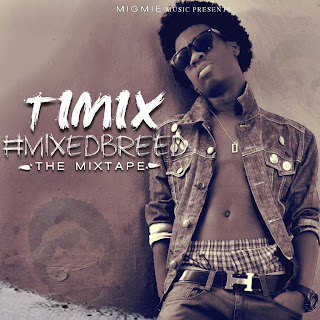 Rising Nigerian emcee and lyricist Timix is back with a brand NEW video for his hard-hitting “Plan B” record produced by TDotC. Directed by burgeoning teenage film-maker, Damie Okulaja and shot on location in Anthony Village, Lagos City, “Plan B” sees the 18 year-old emcee throwing down the gauntlet and giving an ode to his single mother in rather touching and heartrending fashion. Timix rounds up the visuals by switching from poignant to fierce with a short freestyle filled with quick-witted and cleverly executed bars and punch lines for you to bite on…

Bred in the streets of Lagos and raised by a single mother, 18-year old Ajayi Oluwatimilehin aka TIMIX found Music and Arts as his first love. He professionally kicked off his musical career in 2009 after being
introduced to Smyl (Producer) & MIcworx Production and has been mentioned by several tastemakers as one of the New School Nigerian emcees to watch out for. Timix’s much anticipated debut mixtape #MixedBreed – which is bringing that old good music back to life with production from one of Nigeria’s dopest producers, Venomous of Micworx (Mode 9) – is now ready to be unveiled and will be released on March 1, 2012 so stay tuned!

Solidstar US Tour Plan for 2012