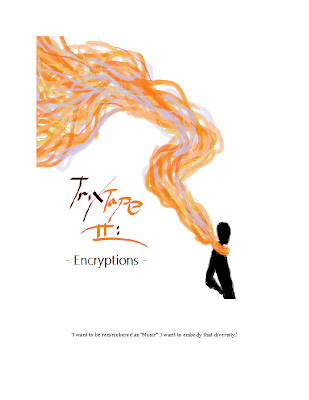 ‘I want to be remembered as “Music”. I want to embody that diversity.’

The very words of the artiste behind Trix Tape II: Encryptions. Recently graduated from Kwame Nkrumah University of Science and Technology, Kumasi, Ghana, with a first degree in Law, Kobe Ofei or ‘Trix’, as his stage name goes, released on the 1st of February the second part of his mix tape.

Although still climbing the ladders of the rap industry in Ghana, he has caused a little wave with a few releases from this mix tape such as “Why Men Cheat (Mary’s Song)” and “Stardust” which he claims was inspired
after he heard a track Akon had done.

The idea behind this mix tape was to show his versatility and creativity in music. Almost all the tracks have some personal flavour attached to it. Some might even say he sounds a bit like Drake.

It is worth every second spent downloading. Here is the Link : http://www.mediafire.com/?3q9x3bxode4bco8