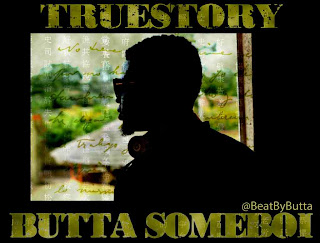 Meet Butta SomeBoi, 21 year old producer who is making a name for himself in Jos and its environs. The fast rising heavyweight is known for doing excellent production work for Terry Tha Rapman, GRIP, Yung, Kunem and Suranu. His craft is influenced by the works of Timbaland, Jahvinci and Mavado.
Here is the youngster’s first banging single “True Story“, which was actually a birthday present to himself. The Riddim influenced number can pass for a dramatic mini-biography and showcases the singer’s soothing vocals as he narrates the story thus far.