Rihanna To Perform With Coldplay At Grammys 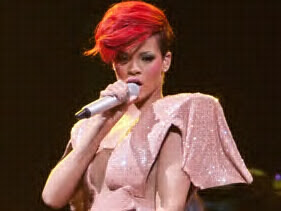 Rihanna and Coldplay will perform live together for the first time on February 12 when they take the stage at the 54th annual Grammy Awards for the televised debut of their Mylo Xyloto collaboration, “Princess of China.”

Rihanna, nominated for four Grammys this year, broke the news on Twitter, writing, “My friends @ColdPlay and I will be sharing the stage for a performance at this years Annual Grammy Awards!” A short time later she added, “WE reached 2BILLION views on @youtube !!! THANK U!!! I'm in a great mood, and I got some GREAT NEWS!!! PRINCESS OF CHINA #GRAMMYS2012.”

Read my Article on @WESpeakNews .com “The ...