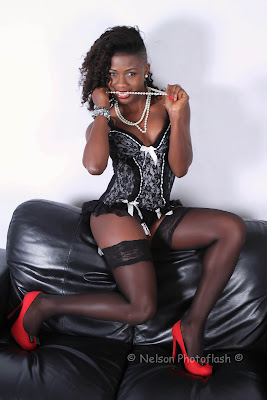 MAGiC Entertainment would like to introduce our new artist Miss Zeeza Sadiq. Zeeza is a recording and performing artist, songwriter, model and actress. She started her career as an actress in Nigeria in 2004 where she featured in a few Nollywood movies. In 2005, she auditioned and took part in the maiden edition of the Amstel Malta TV reality show, Amstel Malta Box Office, a reality show that was created for up and coming actors and actresses which she emerged the winner.

She then went on to work with major media houses in Nigeria like MNET Africa and the BBC World Service Trust. Featuring in Soap Operas and Blockbuster films like “SITANDA” which was produced by the Nigerian Breweries.

She left the shores of Nigeria to the United Kingdom in pursuit of international fame and glory and enrolled in
The Institute of Contemporary Music and Performance where she did a short course in Music and Performing Arts.Since being in the UK, she has not only gone on to feature in mainstream movies but also working on her music career.

She is also currently working on a musical movie titled Urban Rhythm in which she plays herself as an artist and she’s also recording songs for her upcoming debut album. Zeeza kind of music can be described as contemporary African rhythm and blues with lots of Nigerian percussions. She’s been influenced musically by 2face Idibia amongst many other music greats.

Her first single, Lau Lau is currently enjoying massive airplay on major internet music sites and the song had been given rave review by many music critics. Lau Lau is available for downloads and usage as ringtones.
You can download the single and share it among your friends: http://soundcloud.com/zaime-media-entertainment/zeeza-lau-lau