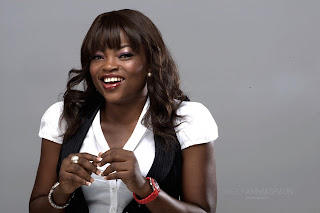 Multi talented actress Funke Akindele popularly known as Jenifa or ‘Gbo gbo bigs gals’ is not resting on her hoarse but rather she’s moving from grace to grace. The actress who has been in the entertainment industry for some time now started her movie career with “I Need To Know” soap opera which was common back in the days before moving on to movies which has now become her selling point.

On Tuesday morning a new commercial of ‘So Klien’ detergent was unveiled to members of the press by Eko Supreme which featured Funke Akindele as the lead character. The commercial is a promotional tool for the scratch and win promo by Eko Supreme.

Speaking about her endorsement of this brand “the Eko Supreme brand is a  very reliable and diligent  brand which has been putting out good products in the Nigerian market, hence my decision to work with them and
also to be able to give my fans the chance of becoming a millionaire through the Eko Supreme scratch and win promo”
Over the past months, Funke’s profile has risen enormously hence the choice of many big brands requesting the services of Funke as their brand ambassador or her endorsement as she just did for Klein. Among these brands are, Globacom, one of Africa’s biggest telecommunication giants and network providers. Funke serves as a brand ambassador for the Lagos state internal revenue service’s (LIRS) as well as she being a Peace Ambassador.