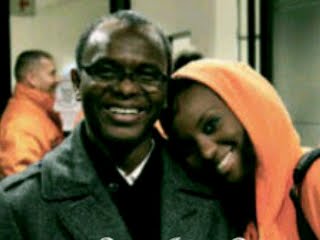 The 25-year old daughter of former Minister of Federal Capital Territory, Nasir El Rufai is dead. The London based  Yasmin El Rufai died  on Sunday evening in her sleep

Ovation Magazine Publisher, Chief Dele Momodu also tweeted:” My heart goes to my friend, Mallam El Rufai who just lost his daughter. May Allah console him and the family”Yasmin has been described  as El Rufai’s eldest daughter and his favourite.

The 25-year old was found dead in her residence in London without any violent engagement, putting paid any
suspicion of sabotage and sources said the family had no  any information of  previous complaint of ill health.

There has been rumours that Yasmin had gone through sickle cell treatment, unconfirmed sources said she was hale and hearty and had just visited her dad in Nigeria during the last Muslim festival.

Other sources claimed she passed away in her sleep, others are said to be attributing the ‘untimely death’ of the beautiful Yasmin to “domestic accident.”

R.I.P to Yasmin El-Rufai, Mallam El-Rufai’s daughter. my heartfelt condolences to him and his family.

Picture: Aki and his wife