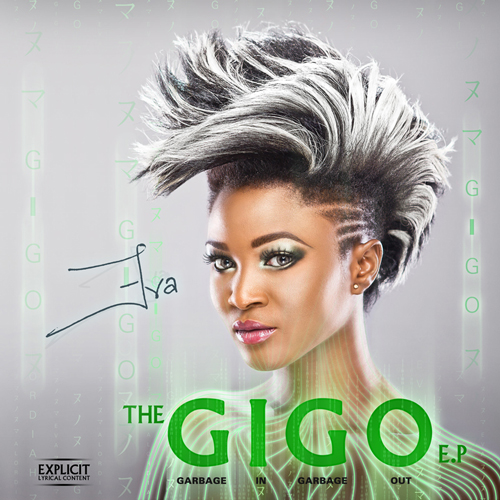 Nigeria’s leading Female rapper at the moment, Eva Alordiah makes her debut with the much anticipated ‘GIGO EP’ (DOWNLOAD HERE).  The 9-track project which Eva stresses is not her debut album, has been well received by the fans and critics alike. The EP was stated for a 20:11:2011 release and was premiered online at exactly 20:11 hours. A very engaging release as she kept  her Eva Music hungry fans waiting till exactly 8:11pm Nigerian Time.

A listener would be captivated by her jaw-dropping rap lines on ‘Crazy’ in which she features top rapper, Saucekid who completely makes it an absolute must listen.  This is one song off the EP

which has gotten the best reviews so far since its release and has automatically become a fan favourite. With ‘High’ on Track 3, she slows her rap pace down, completely captivating your attention as she drops her rap lines one bar at a time on a mellow sounding beat produced by ‘Gray Jon’z. This upcoming producer is also responsible for ‘Never Say Goodbye’ which takes the 7th track position just after ‘I Done Did it’.  With live guitars and a baseline reminiscent of the Bob Marley era, Eva delivers the storyline well, switching up her flow and show us why we call her Versatile. 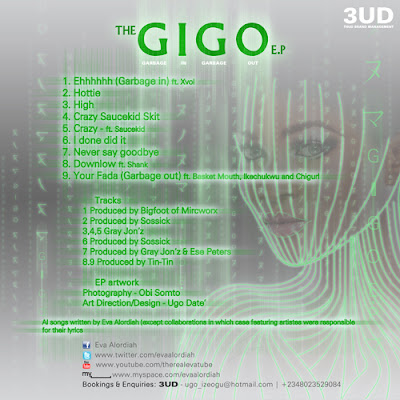 The GIGO EP also includes chart topping singles ‘I Done Did it’ and ‘Down Low’ which were released earlier in the year and have done very well for the budding femcee.

The Nigerian Entertainment Awards 2011 ‘Best Rap Act’ nominee and winner of Exquisite Lady of the Year 2011 ‘Best Rap Female’ award has shown us diverse sides of her with the GIGO EP and we are loving the entire project. She has appeared on highly rated singles ‘Supersun remix’ with Bez, eLDee and Iceprince, and ‘Shake it’ on PSquare’s the Invasion album. She was also featured in the BET Hiphop awards Cypher for 2011. It is no wonder she is hailed Nigeria’s leading female rapper, churning out great tunes one after the other for us to enjoy.