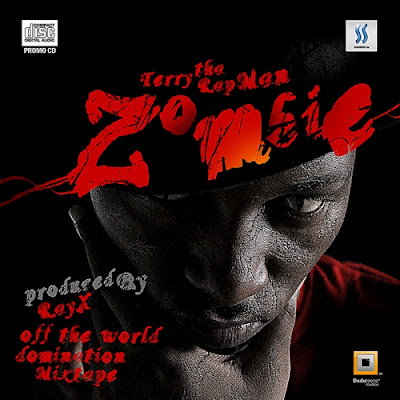 Terry Tha Rapman has a new single and its titled Zombie. This record goes hard and its off The World Domination Mixtape and will most likely be on the BANS 2.0 album. Zombie is a response to the (in)famous Hip-Hop phrase; “Hip Hop Is Dead“. The track with the eerie and spooky vibe is tailored for the streets and is undoubtedly a future street anthem. The track was produced by Ray-X