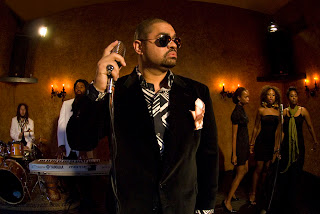 Organizers of the 2011 Soul Train Awards have now announced plans to honor the late rapper during the ceremony on Thursday 17th  Nov. 2011. The tribute will come a day before Heavy D is laid to rest in New York, where Sean ‘Diddy’ Combs is scheduled to speak as part of a memorial on Friday 18th Nov. 2011.

CASAP Initiative is set to Launch in ...