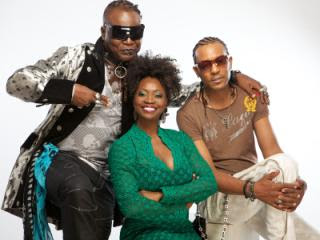 It began with a spectacular media launch on September 28, to unveil Season II. On October 6, the audition train kicked off in Abuja; moving through Port Harcourt and Enugu before a final berth in Lagos. Now with the auditions over, Nigeria’s biggest music reality TV show Nigerian Idol is set to hit TV screens from December 4 2011.

According to a statement from Optima Media Group, franchise owners for Idols in Nigeria, it’s been a deluge of terrestrial and satellite channels signing up. “Fans and music lovers will have the opportunity to follow
their favourite show again,” said Tiwa Medubi, Project Manager for Nigerian Idol. “We have made sure that all over the country, people will have the opportunity to watch Season II. It’s exciting to get this level
of enthusiasm from our broadcast partners and we can’t wait to hit the screens!”

The following stations will air the show Fridays and Sundays: ESBS Enugu between 10.00 and 11.30pm;
DITV Kaduna from 3.30 to 5.00pm and 8.00 and 9.30pm; DBN Lagos, 8.30 to 10.00pm and 5.30 to 7.00pm. Superscreen Television will air the show on Saturday from 5.00 to 6.00pm and on Monday for the same time. “The great news though,” Ms. Medubi said, “is that this is just the beginning. More broadcast stations are signing up, and we’ll be unveiling them as they join the train. We meant it when we said it’s bigger and better this year!”For more information, visit www.nigerianidol.com