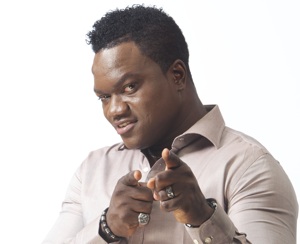 Abuja based upcoming Singer, Comedian and businessman Christian takes it all . The 35 years old  has emerged the winner of Glo Naija Sings season 3 after weeks of thrilling performances. As announced, Christian walks away with the grand prize of $100,000 and a brand new Toyota rav4. Christian was announced winner on Sunday evening, November 13, 2011 at the tail end of a spectacular finale.

The grand finale was spiced up with guest performances from diva Onyeka Onwenu (who performed with the top 10), Idols West Africa alumni Omawumi, Season 2’s winner Casey and the host of the show
Darey Singer/producer eLDee also made an appearance. It was also fun to watch the three finalists Vicky, Mattade and eventual winner Christian pair up with Mo’Cheddah, Jaywon and Davido respectively as they each performed duets.

Resident judges Onyeka Onwenu and Olisa Adibua watched on as the the trio serenaded the crowd.

The big moment then arrived and Christian was announced as the night’s winner!

As announced, Christian walks away with the grand prize of $100,000. (One Hundred Thousand Dollars).

Behind the Scene: A-Q shoots video for ...