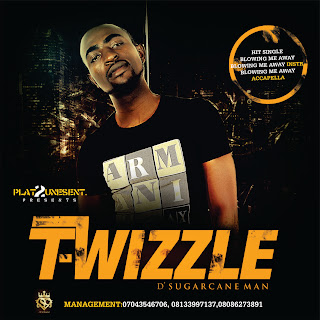 T-wizzle a.k.a Sugarcane-man real names Nnaemeka Israel Nwabueze, born April 12,has been prominent on the music scene for over a decade till date. He was first heard in September 2008 when he dropped the single ‘Crazy‘, and a follow up single “SugarCaneman” in 2009 which enjoyed massive rotation on radio stations nationwide. T-wizzle’s motivation has been driven by his passion for good music.

T-wizzle’s music is inspired by legendary acts like Eedris Abdulkareem, 2face Idibia and American Rapper 50 cent. his undying talent has gained him plenty of collaborations with a major one coming from “Knight house” on their street scriptures album which also features top acts like Wizkid,Eva and Mo’cheedah.

T-wizzle is currently promoting two singles,”Blowing me away & Dirty eyes” from his debut album slated to drop by early next year. These records are sure gonna blow you esteem fans away.