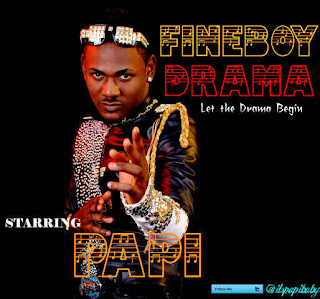 Papi Aka the Drama boy, self acclaimed prince charming, and the ladies proclaimed God’s gift to them, now seeks to compliment the success of his previous single titled “Make me craze” ft Terry G, with a sophomore, entitled “Fine Boy Drama”

The titled which reflects the thematic underlining of the song, the drama associated with being different, with having a special aura and the drama that comes with being good looking. Papi who holds a double degree in Mass Communication and Linguistic from University of Port-Harcourt, is a protégé of OJB Jeezrel he learnt the rudiments of music, especially notation and renaissance ensemble under him.

Here is the new single from Papi… Enjoy it