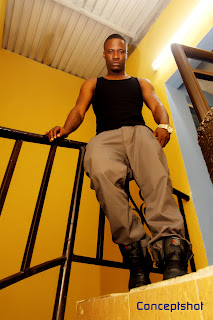 Oluwajuwonlo James Iledare, popularly known as Jaywon is a graduate of The Federal Polytechnic Bida, in Niger state, after which he moved to Lagos. He first caught the attention of people when he featured in Slizzy E’s award winning “Lanko Remix”, he also featured on Ray G’s “OTUTU”. Jaywon came into limelight when he signed on to Kennis Music in 2009, and also released his album “Meet Jaywon” in November 2009.
The album has smash hits; which include Filebe, Gbon Gbon, to mention a few.

Filebe which was the first single released in the album; was number one in so many charts on radio and TV, in the country. The song has gained so many nominations and won the “best New Video” at the
Nigeria Music Video Awards 2009. Jaywon is a simple and humble person, and a young talented
entertainer, and surely has his own space in the Entertainment Scene of Nigeria.
Jaywon was nominated in the Hiphopworld Awards as “BEST STREET HOP” for FILEBE.

He has also been nominated as Best New Act in this year’s edition of the Nigerian Entertainment Awards in New York, and as REVELATION OF THE YEAR in SOUND CITY MUSIC MUSIC VIDEO
AWARDS {SMVA}. Jaywon recently released his reloaded album tagged ‘MEET JAYWON
RELOAD’ featuring acts like ‘FLAVOUR, OLAMIDE, EEDRIS ABDULKAREEM, V.I.P FFROM GHANA to mention a few, With the release of his new video ‘TINKO ANGEL’ which has had massive airplay on TRACE TV, the sky is the limit for Jaywon.  Listen to his New single with VIP ‘KILLER’  HERE