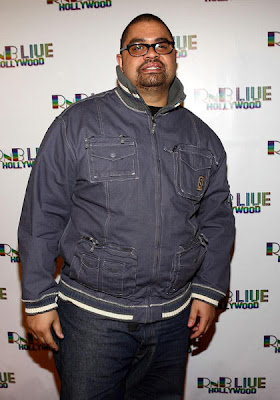 Heavy D real name Dwight Arrington Myers was rushed to an L.A. hospital around noon today and was pronounced dead at the hospital at 1 PM. He was 44 years old. A 911 call was placed from Heavy’s Beverly Hills home around 11:25 AM to report an unconscious male on the walkway .

When help arrived, Heavy D was conscious and speaking  and was transported to a nearby hospital. He died a short time later. Cops are investigating the death  and so far, there are no obvious signs of foul play. Police are currently at the home.

Heavy D had several massive hits including “Now That We Found Love.” He also wrote and performed the theme song for “In Living Color”  and appeared as an actor in the movie “Life.” Heavy just performed at the Michael Jackson Tribute Concert in Wales on October 8. He sang “Jam” with La Toya Jackson.

May his soul Rest in Peace