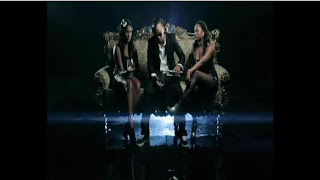 Trigga Madtonic, this name is clearly the new refined definition of reggae music with an African twist
that is clearly redefining the reggae genre’s sound. With his depth of understanding of both cultures
that has birth such genres of music, he’s thus creating a best of both world which has resulted in this
talented singer, songwriter’s music. The depth texture of his vocal range and his ability to clearly put the
listener into the Caribbean vibe with the African rhythm is a winning combination that is alone
crossing the language barrier of his music. The name Madtonic was given to him by someone so dearest and his career journey as an artist to date is one that he has referred to as him reaching beyond the stars far
and beyond.

Born Jamine Livingston Pierre in Grenada, his early young youthful years was immersed in music
specially growing up listening to his dad singing and performing with live band who use to do all the Bob
Marley and Maxi Priest classic’s throughout the Caribbean region as a tribute to both legends of the
west indies music. Music became such an integral part of his young life, that he started performing as
part of his school choir, and writing songs in class which where a picture portrait of his surroundings. He
would enter into freestyle competitions against other local artist in Grenada where he won numerous
accolades against his competitors to the point he was known as the kid with the eclectic reggae flow due
to his complex rhyme ability to freestyle his own lyrics to any reggae song to the point the crowd use to
go encore in excitement wanting more from the young champ. That was the beginning of the mad tonic
sound that today his fans have become accustomed to.

While in the early stages of his music career, he was pursuing his bachelor degree in Hospitality
management in SGU in Grenada and it was there he met Umar Aloa who was immediately impress with
his ability as an artist. They went onto to form a friendship bond that resulted in him signing Trigga
to his upstart imprint label Euphoric Heritage Records once he returned to Nigeria. In the words of
Umar “Trigga is like a brother, despite us doing business and him signing to my label. I have faith in him
as an artist that why I invited him out to Africa for a 99 years vacation so he can fulfill his potential and
dream. Hey they say a dream is a goal with a deadline which in Trigga’s case the deadline is soon fast
approaching for the world to hear to his music.”