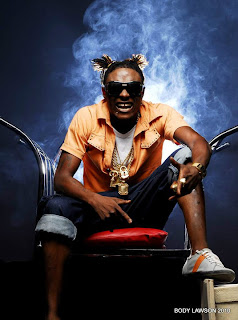 The online competition requires music lovers to predict correctly the remaining five artistes that will join the above five on stage come December 23 at TBS, Lagos. Several mouthwatering prizes like sleek black berry phones, mini laptops, television sets,T-shirts from the award winning clothing line, Shakara clothing are some of the prizes put up for grab.

Kelekele crooner, Tiwa Savage, Akpako master, Terry Gee, Oleku exponent, Ice Prince Zamani, the lady of soul music, Omawunmi, love diva, Waje, Terry tha rap man, Noni boy, Samklef, Brymo and Sauce Kid top many people’s predictions on twitter and short sms code. Other names that feature frequently in the gale of prediction are D’banj, Psquare, Wande Coal, Whizkid and many others.
The identities of the remaining five will be unveiled by the organizers at the World Press Conference slated for next week.
Expectations are high as the organizers who claim to have signed top ten acts for the event that many as dubbed ‘event of the year for the people and by the people’ said they are still keeping the names under wrap. ‘The competition ends this week and we have many predictions have been made, we shall wait till next week at the world press conference to reveal the winners and the host’.
According to the PR agency, Bigsam Media, the world press conference will have the 10 acts in attendance and major industry stakeholders. ‘This is an industry event as far as we are concern. It is an event by the people and for the masses. We are striving to bring back live concert and entertainment at a price generality of the people can afford’.
The musical concert which is a first of its kind since the days of Lekki sun splash will hold on the 23rd December. Speaking on the event, the head of operations at KOGA, Elsie Oluku stressed that ’’KOGA is presenting a medium that will bring together the young and the old. Our selection of artistes shows that we intend taking this to a whole new level and we don’t intend settling for anything less’’.
The show is getting supports across the nations as reputable organizations such as Beat FM, Cool FM, Wazobia FM, Naija FM, Bellanaija.com, Lindaikeji, Nigeriafilm, Ozone Cinema, LASAA, thenetng.com, LAGBUS, Shakara Clothing, Ynaija.com, Soarnaija, Gabrielz360, and many others are throwing their weight behind the concert.
http://feeds.feedburner.com/OloriSupergal