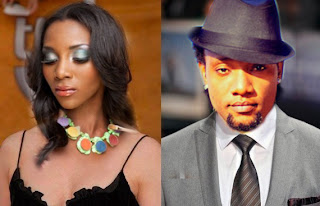 It was with surprise, some months back when the news broke, that the “Sengemenge” duo of  KcPresh have gone separate ways with their musical career, that lasted over 10 years.
The separation brought about fresh singles- Okpekete, Now I Know, O’ Bad from Kcee and Presh now having great air plays.
We can tell you, that the separation of KcPresh is bringing about new developments to the entertainment industry and the general public, as we gathered from a reliable source, that Kingsley Okonkwo[Kcee] is now fishing in Nollywood waters. The movie is said to have a rich cast featuring Genevieve Nnaji, Mercy Johnson alongside top Nollywood actors and actresses. The movie is said to be about a twisted love story gone wrong, and all parties are getting ready to go on location a couple of weeks.
Kcee recently on his twitter handle,@KceeO has been tweeting about him experimenting with new things, in his career.
One can’t wait to see Kcee show another creative part of him although we seriously doubt that we will be entertained except having a good laugh at his acting attempt.

Project Alert and Walk against Rape to ...