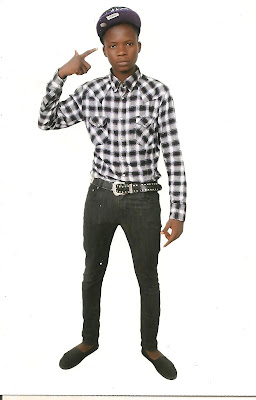 What we have all been waiting for is here, The ENIBA LOMO mixtape.
OPZY “Toh gba trophy” is Just 16 years of age,he is among the Top 10 Finalists in the DON JAZZY/NOTJUSTOK Enigma beat competition and later came 3rd in the competition.We posted one of his singles a few weeks back titled YORUBA RAP which was produced by the ace producer Samklef.
OPZY just murdered “Lil Wayne’s 6 foot 7 foot instrumental” which he calls “ENIBA LOMO” and he also did a studio video for his fans to enjoy. The Young boy is not ready to relent at all and making it to the
3rd position on the Enigma beat competition definitely gave him a boost and it also exposed the young boy’s talent to a much wider audience.
We heard this young boy is currently working with the Nigeria/UK producer Bayoz Muzik.
Truly, Eni ba lo mo oooo…
Watch the video  and let us know what you think..
VIDEO YOUTUBE LINK – http://www.youtube.com/watch?v=c1vMV6y3zNA
Follow opzy on twitter @goldenopzy
http://feeds.feedburner.com/OloriSupergal

Government should ensure that the Victim is ...