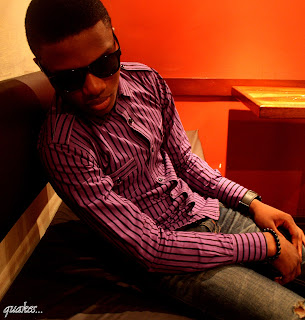 Nairobi/Lagos, 27 September 2011: Nigerian musicians Banky W and Wiz Kid are jetting off to Kenya this week to appear in Shuga: Love, Sex, Money, the critically acclaimed sex-and- relationships TV series brought to you by MTV Base, The Staying Alive Foundation, the U.S. President’s Emergency Plan for AIDS Relief (PEPFAR) and The Partnership for an HIV-Free Generation.

Banky W and Wiz Kid will both play themselves in the series, performing during emotionally hard-hitting club scenes shot at luxury Nairobi hangout, Skylux Lounge.   Nigerian viewers will get the chance to see Wiz Kid and Banky W in action from 14 February 2012 when Shuga: Love; Sex; Money premieres on MTV channels around the world.

Shuga: Love; Sex; Money is directed by South African veteran director Teboho Mahlatsi and Lupita Nyong’o, who played the pivotal character of Ayira in the first series of Shuga. Nyong’o, an award-winning documentary maker and actress, returns on the other side of the camera as co-director and will also be making a brief cameo appearance in the series.

The first series of Shuga was filmed in Kenya in August-September 2009.  Starring a young cast of upcoming Kenyan actors and actresses, Shuga told a bitter-sweet tale of love, loss, sex, heartbreak and relationships, set in the clubs, bars, campuses and hangouts of contemporary Nairobi. With a raw and uncut view on the lives of sexually active young Kenyans, Shuga spot lit the risks associated with unprotected sex and the party-hard lifestyles of urban Kenyan youth, told through the interlinked characters and storylines.