Esther Enitan Ijewere is the Brain behind Rubies Ink and Walk against Rape initiative and it has been running for two years now. Rubies Ink  provides social enterprise solutions to the social challenges plaguing our world. They do this through advocacy, public relations, and other activities. Her Projects W.A.R ( Walk Against Rape) is an initiative created to lend a voice to victims of Rape in the society and also demand justice for them. Recently, I spoke with her about the ABSU 5 Gang Rape and what should be done about it. 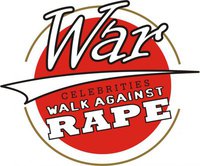 What is your take about the ABSU 5 Gang rape that happened on August 17th ?
Its a serious matter and I feel the Government shouldn’t treat it with levity, those boys should be made to face the law and prosecuted, also the safety of the victim is of utmost importance as well Young youths on the social media network Twitter were angry that a girl was raped by 5 guys in Abia state university.   And that was how everyone got to know such case happened in one of our Nigerian universities. Do you think it should take long before we know such cases happen in our time like this?

Young youths on the social media network Twitter were angry that a girl was raped by 5 guys in Abia state university.   And that was how everyone got to know such case happened in one of our Nigerian universities. Do you think it should take long before we know such cases happen in out time like this?
The power of the social media can’t be undermined so also is the strong voice of the Nigerian youths, the culprits used the internet to expose their ugly act, they posed a dare to us and they got feed backs via same medium! Fear of  stigmatization is one of the major reasons why we hardly hear of such cases, people rarely report to the authorities and remain silent victims

Now the case is a national case  even the Minister of Youth and development is also involved in this case what step do you think they should take now?
Government should ensure that the victim is safe and also make the “Rapist” for committing such a crime, they should serve as “scape goats” to others like them who think they can rape or abuse a woman and get away with it.
You also run an organisation that is very much concerned about rape issues, what are you doing about the ABSU 5 rape?
For us at Walk Against Rape; we are demanding for proper Justice and safety of the victim! We are also partnering with several Ngo’s and civil societies to stage a walk in three different states; its tagged “#AbsuRapeWalk slated for the 5th of october in Lagos, abuja and abia state respectively! We are also using the social media via Twitter, Facebook and Blogs

Who should be responsible for rape in the society Our friends , sisters or parents or the government ?

The blame for rape lies solely with the rapist. He is the offender and the perpetrator and should be held responsible and punished for committing such crime against humanity. However government also has a key role to play by enacting a tough sex crime law as this will keep rapist and abusers at bay once they know they will be facing the law if they commit the crime. You can’t hold the victims responsible for any reason because its not their fault, in the case of the parent we always advise mothers especially to keep a close watch on their girl-child

We know a lot of NGO’s and Youths advocates are on this case, when is the #absuwalkrape taking place.

On Wednesday, October 5, 2011, Enough is Enough Nigeria, Rubies Ink (Walk Against Rape Nigeria), Project Alert, , Delta Women, National Association of Nigerian Students (NANS) along with several other civil society organisations and individuals will walk in several cities around Nigeria to raise awareness about violence against women in Nigeria, and in particular, demand action on the gang-rape of the young lady by five young men alleged to be students of Abia State University (ABSU). The walk will take place in the following cities at 11am:

A quick one , what should a victim do when he or she gets rape?
Talk to somebody at least someone you can trust or a trained social worker, get medical attention as fast as you can and of course Legal action against the perpetrator (s) Project Alert, EIE Nigeria, Walk Against Rape Nigeria, KIND, Delta Women Association, Nigerians

My relationship with Kennis Music – Capital ...