Brandy, The GAME and others are set to perform at the MTN Project Fame West Africa Season 4 Gala Night 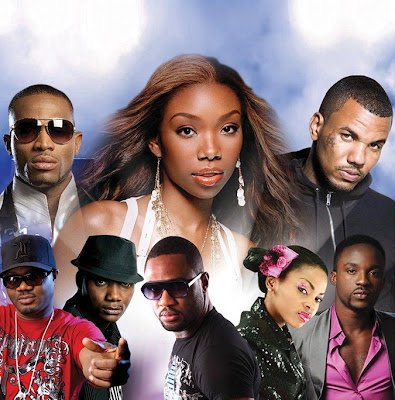 The two American artistes will storm the city later this week, to be part of the ground-breaking gala show and international concert which will also feature multiple-award winning Nigerian artiste, D’banj, past Project Fame Winners, Iyanya, Mike, Chidinma, Praiz and other Nigerian
Artistes, to mark the commencement of the 4th season of the West African leading reality TV Show.

The presence of Brandy and Game at the opening show will create a breath-taking ecstasy for music lovers as West Africa look forward to a new season of exhilarating musical experience.

Brandy is ranked as one of the best-selling female artists in American music history, having sold over 8.5 million copies of her five studio albums in the United States and over 30 million records worldwide, winning over 100 awards as a recording artist, while Game is known for his street bangers and radio friendly Pop pleasers, selling multi?platinum albums and moving over 10 million albums and chart topping singles.

Brandy said over the weekend that she is happy to be in Nigeria for the first time.

MTN, the leading telecom company in Africa is leaving no stone unturned in making this season’s show a worthwhile experience for Nigeria music lovers, as the event will see the lucky 18 contestants from across West Africa compete for the 15 slots available in the Academy for 10 weeks.