Next Movie Star Final Audition holds this weekend in Lagos 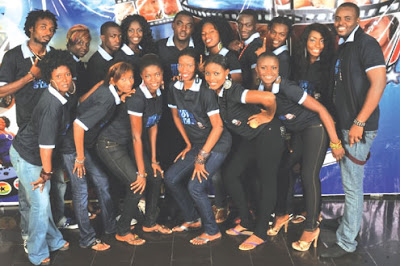 This weekend, the final auditions for this year’s Next Movie Star Nigeria reality show will hold in Lagos. This 2011 edition has been themed ‘Galaxy of Stars’. 16 housemates will be picked from the regional finalists to participate in the 30-day show and they will be screened by a panel.

“Our goal for 2011 and future editions is to expand and regionalise The Next Movie Star show and spread its reach all over Africa, selecting housemates from all the different regions of Africa and broadcasting to all these countries,” Sola Fajobi, who is the show’s executive producer said.

Mr. Fajobi also said that the Next Movie Star West Africa holding this quarter will include housemates from Nigeria, The Gambia, Ghana, Sierra Leone and Liberia. The East Africa edition will have contestants from Kenya, Tanzania, Uganda and Ethiopia.
The Southern African edition of the show will  be hosted by  Malawi and will include Zambia, South Africa, Botswana and Zimbabwe.

Speaking further, Fajobi said: “Participants will be selected from each country with the traditional 16 housemates entering the NMS House in the host country. The show will be broadcast on all major television stations across the participating countries where partnership, sponsorship, recruitment and broadcast drives are already being made.”

The winner of the 2011 edition will get a brand new SUV, cash prizes and movie contracts while runners-up will get varying prizes. The audition will hold on Saturday September 24, 2011 at the White House Hotel in Ikeja GRA.

It is interesting to note that the last three winners of ‘Big Brother Africa’ Kevin Pam, Uti Nwachuckwu and Karen Igho, are past winners of the show, which is now in its sixth year.