New Video: MY SEXY – SGT. PLUS FEAT. SHIFFI of Styl Plus

OSG Admin
0
Sgt. Plus (Greg Tamuno) is a Hip- Hop artiste with a unique blend of rock music. Sgt. Plus once was a Payback Tyme recording artiste- a record label which once had rappers such as Mode 9, OD and Terry Tha Rapman on their stable.
In 2005 he came out as the first runner-up in the MTV Alert show at Planet 1, Maryland. This year he is ready to drop his debut album titled SGT.PLUS/DIMI3 BEGINS (DIMI3 is an ode to his alter-ego Dimitri). Kicking off his album is the first single My Sexy feat. Shifi of Styl Plus which was produced by Landlord. Sgt. Plus intends on dropping his debut LP within the first quarter of the year. 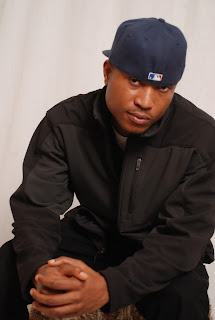