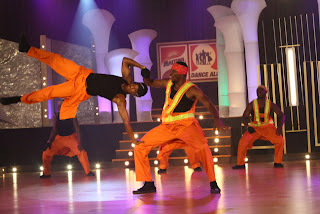 It began with thousands of contestants taking part in rigorous regional auditions across the country, and subsequently the winners that emerged from these auditions were whittled down to fifteen at the “boot camp”, later, only 10 families made it to the MDA Academy and the last 5 families standing, after overcoming all the odds, are set to take part at the grand finale of the ongoing favorite and highly entertaining family reality show, Maltina Dance All season 5.

The grand finale which is taking place live on the 24th of September 2011, at the Eko Hotels & Suites, Victoria Island Lagos, will see the families of  Dare, Ngwu, Utogo, Ekubo and Owolabi  battle to win the #5million cash prize and a family SUV which are at stake
The road to the grand finale for the 5 families was one characterized by challenges. Their determination, passion and unity as a family were put to the test but still, they scaled through exhibiting a never-say-die attitude.
It will be recalled that after the first eviction show which saw the eviction of the Chidi and Anibogu families, followed by that of the Efe and Adekpe families, the atmosphere at the MDA Academy was tense. Only 5 families could take part at the grand finale.
At the Hip-hop performance show, the stage was set open by Lemmy Adejo, the family representative of the 2010 MDA winning family. He popped and break danced to the music while performing those stunts that endeared his family to Nigerians’ as the MDA dance family for 2010. The Owolabi family was the first to perform on stage, followed by that of the Edoho, Ekubo, Ngwu and Dare families.
The end of the show saw the Edoho, Ngwu and Owolabi families put up for possible eviction. The Edoho family’s performance was criticized as having “weak popping, low energy level, punch lines which were not consistent with the beat, low entertainment value and under rehearsed.” The Ngwu family performance was also faulted as under rehearsed and not tight enough. The Owolabi family performance, though strong at the beginning declined energetically during the performance and there was also no characterization and no popping in their dance. Onome Utogu, nicknamed Janet Jackson by Micheal Adegoke emerged dancer of the night and closed out the show with her effusive and energetic dance moves. 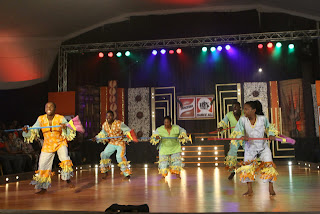 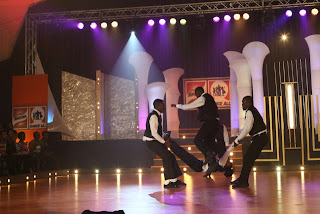 The Edoho, Ngwu and Owolabi families who were put up for possible eviction after the Hip-Hop performance needed to do a repeat performance alongside families that will be put up for possible eviction for the last dance style-contemporary African dance- at the final eviction showdown.
The families attended the “Art of Choreography” class taken by Bimbo Obafunwa, the dance director and were introduced to their final dance style in the academy. The dance instructor of the Contemporary African dance, Kingsley Odiaka taught the families the basic steps and moves in the dance style. This time around, the Father Representatives from each family picked the ballot for the songs they will be dancing to at the competition
Onome Utogo, who won the Hip-Hop dancer of the night, had the privilege of determining the order of performance for the Contemporary African dance performance show. First on her list was the Dare family followed by Edoho, Ekubo, Ngwu, Utogo and the Owolabi families.
Later in the day, the families relaxed and had fun as the fathers in the Academy took over the kitchen to prove to the mothers that they can cook as well. Paul Utogo prepared Potatoes and meat salad while Solomon Ekubo made Macaroni with corn beef sauce. The Edoho representative, Ryan Edoho prepared Fish fillet with potato chips. Richard Dare cooked vegetable soup. Godfrey Owolabi prepared Fried rice and Chicken and Samuel Ngwu made Chicken Pepper soup.
The Mothers had a taste of each meal and gave their opinion of each. They asserted that the men did a good job with the meals they prepared. The mothers unanimously agreed that the Fried rice and Chicken prepared by Godfrey Owolabi and the Macaroni with Corn beef sauce prepared by Solomon Ekubo were the most delicious. 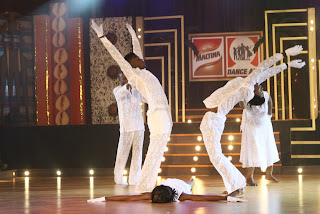 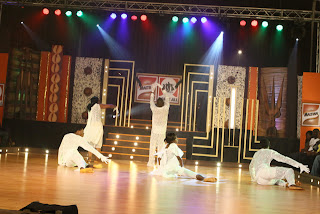 Pressure soon began to mount as the families in the MDA Academy prepared for the performance of the last dance style- the contemporary African dance style.
In the order of performance as selected by Onome Utogo, the hip-hop dancer of the night, the Dare family opened the show followed by the Edoho, Ekubo, Ngwu, Utogo and Owolabi families respectively. The Judges were impressed with the performances and particularly commended the Ekubo and Utogo families.
At the end of the performances, the Utogo and Ekubo families automatically qualified for the live grand finale. The Dare family, for the first time, was put up for possible eviction and had to perform at the last eviction showdown alongside the Edoho, Ngwu and Owolabi families who were put up for possible eviction after the hip hop performance.
The last eviction showdown was one packed full with tension. Out of the four families up for eviction, one of them would be evicted from the academy while the rest would have a fighting chance at the grand finale to win the highly coveted #5million and family SUV. 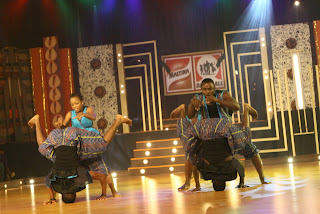 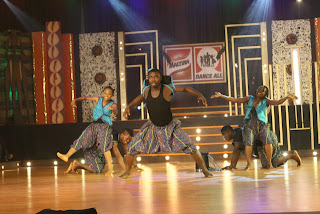 The first phase of the third and final eviction show down in the academy started with the Hip-Hop performance. The Edoho family was the first on stage. The Ngwu family was next followed by the Owolabi family. The Dare family closed the first stage of the show with an entertaining performance. The second stage of the show was the Contemporary African dance style. The Ngwu family opened the show. Muyiwa impressed said “they did what I told them to do and made profound changes in their piece and their characterization was more visible”. The second performing family was the Edoho family followed by the Dare family. The Owolabi family closed the show with an emotional performance.
At the end of the highly tensed eviction show down, the judges, after thorough deliberation unanimously evicted the Edoho family from the academy and made way for the Dare, Ngwu and Owolabi families to join the Utogo and Ekubo families for the biggest ever MDA grand finale. 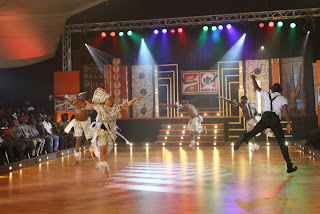 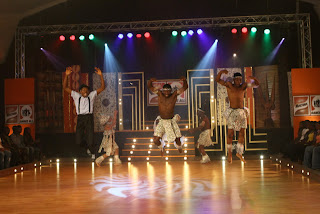 Get a copy of Acada Magazine today ...