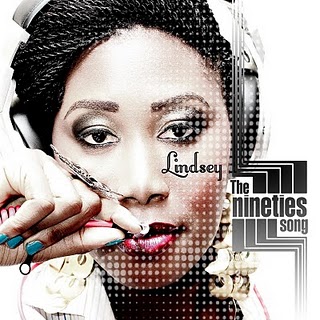 Nigerian singer,songwriter and law graduate, Lindsey has been tagged as one of the most promising, fresh upcoming acts in the Nigerian music industry. Although a native of the Igbo Speaking part of Delta State she was born and bred in Jos by her choir member mum,a university Disc Jockey dad and a pianist grandfather. She calls the genre of her music Neo-soul/Alternative.

She is one of the members of the Loopy Crew alongside M.I(Jehovah), Jesse Jagz(Greatest, This Jagged Life),Iceprince, Ruby and Eve with whom she has worked
with. She has also worked with the likes of Djinee(Thank You), Jeremiah Gyang, Sammy Sage(Spoken word).

Her music has been influenced by Roberta Flack,sade,Eva Cassidy,Sarah McLachlan,Norah Jones and Corinne Bailey Rae. Lindsey was a contestant of the MTN Project Fame West Africa Season 3.Shortly after,her first song ‘Drift Away’ was released.

This single “The 90’s Song” was produced by IBK (winner of the “Enigma” competition by Don Jazzy).