This is IBK aka Spaceshipboi and you are tuned to olorisupergal.blogspot.com ! Don’t touch that mouse (Laughs). IBK is a producer/artist that is gaining critical acclaim for the great music he puts together at an extraordinary pace. We had a  chat sometime last week and he opened up on some new projects he is working on. Enjoy!!!

Can you tell us about your educational background?
I had my primary education in warri (N.N.P.C primary school), secondary education in Warri as well (Demonstration Secondary School) powered by the college of education and tertiary education in Ogun state (Covenant university) where I majored in Computer Engineering.

How did you enter for the enigma competition by Don Jazzy?
Just like the majority did, we just downloaded the beat off the music blogsite: notjustok.com and boom! I made the magic. It was pretty exciting coming up with the ideas that powered the version I churned out.

Over 2000 people entered for the competition and they also cut the list to Top 10 and you were among the Top 10 finalists, how did you feel?
I felt great inside and glad that my version was selected. I felt the time for God to work via what He inspired me to do had come, and I was excited about it. He wrote the story, I just lived it.

You studied Computer Engineering in school, why music? I mean you should be working as a computer engineer.

Really? *Laughs* I will pass out every single day if I worked an office job or on what ever field other than music. Music has been in the system from the get go and it is the best and most convenient way I can express myself and the message God has given to me. I wouldn’t have chosen any other occupation than what I am doing now, but that’s not to say I wasted 5years in the University, it all built me up to where I am today, plus what I studied is a great assert to what I do currently.

Yeah cool , like I also heard you produce
Yes! I am a music producer and the owner of the production outfit (MARTIANSHIP). That’s what I do.

Now back to the Enigma Competition, how did you feel when you heard you won the competition?”

Teeklef was the first runner up, Opzy was the second runner up… It felt great knowing I emerged the winner of the competition. It also made me know that the responsibility bar was raised up another notch and that was a bit scary.

So have you collected your money?
O yes!!! Dbanj of the MoHits crew made the presentation. He is a funny guy.

Wow!! Do you have pictures to verify that?
No! They recorded it on video and would put it out in their own time.  The presentation was done in their private residence.

So do have any project you are working on now?

I am currently working on songs for my album and also making records for other artists. I’m also involved in a project that is about to go down, the first of its kind. It is labelled (THE12). 12rappers, 12verses, 1track

Interesting, so when are you dropping your album?
Album is scheduled to drop next year, and it is going to be the album of the century 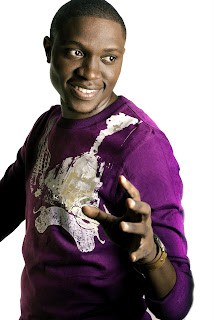 So then we can’t wait , what your relationship like with Don jazzy?
It’s great! Don jazzy is a talented producer and I would say he is doing good for himself and his establishment.

Any last word to your fans out there?
To my fans and lovers of the music I create, I would say, make the best of every moment you have and that can be achieved if you live ready. Your purpose for life can only be discovered in God and He is more than willing to show you how to succeed. Keep shining.

Below are links to other songs I have put out. Copy and enjoy because it is free for now! Ehen! Lol!

(I HAVE A DREAM) the original by IBK copyright 2011

Short form of the single art for I have a. Dream pic download
(http://bit.ly/kZTomu)

IBK Enigma I Have A Dream

The Nominees for 2011 Tush Awards are