ABSU Rape Case: Bring the rapists out and get a reward of 200k 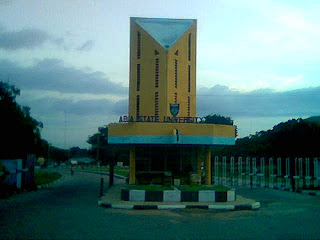 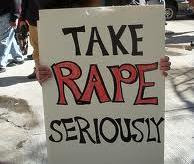 This post is related to the story of a  lady raped by five boys in Abia  Sate University.The story was first seen HERE and everyone who read the story felt bad because it happened in August and everyone is just knowing about it. Alot  of NGO’s and Youths in Country are making sure this case does not go down the drain just like that.

This story is from an Indepedent blogger,Sugarbelly please  read:
I have a ten minute clip of the video on my laptop. I haven’t been able to get the full video but apparently the full video is about an hour.

I tried to clean it up with video enhancement software but the portion of the video that I have doesn’t really have any good shots of the men’s faces and only of the victim’s. However, I watched the video about four times over with full volume and headphones and even closed my eyes in order to focus on the sound. They were speaking English and Igbo but mostly Igbo. I speak both and I clearly heard the men referring to each other as they were taking turns and they used the following names to address each other: Wisdom (I specifically heard them say “Wisdom done dey talk now”), Chisom, Zaki (I specifically heard one of the men say “Do you know who Zaki is?” to the victim, Uchenna (I specifically heard the victim beg “Uchenna” to stop as he was raping her), and Ifeanyi or Ugbaanyi (the last name was not very clear but it most definitely is one of the two although I think it was Ugbaanyi).
Also, I specifically heard one of the men say he was a Law student and one of them said he had a car. They threatened the victim and said they would keep her in the room for two days if she kept protesting. I heard that clearly.
And everything I saw in that video was rape. Continue HERE
Alot of steps have been taken and The Minister of Youths and Development is aware of this case, NGO’s and Youth Advocates are not relenting on this matter. There’s a reward to anyone who can lead to the arrest of the Rapists . A reward of 200K  will be given to anyone who provides the information.You can send a mail to [email protected] .
http://feeds.feedburner.com/OloriSupergal