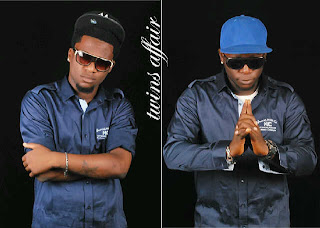 The duo known as Twins Affair have released a video for their single ‘O bad gan’. ‘O bad gan’ is directed by Nodash for Something Unusual Studios. The duo of Twins Affair have been described as the next P square.
The most successful music artiste in Africa is a twin and honestly do feel the reason for their success is first and foremost, the chemistry between them. Like the P Square brothers, Twins Affair – a duo made up of two brothers produce their on records which permits for them to interprete a record just as they want it when they write.

Twins Affair is a work in progress and they are putting in all the work to stay consistent, relevant over a long period of time. The twin admire the duo of Peter and Paul Okoye for their consistency.

Their passion for music is unmatched. Twins Affair is made of Taye and Kehinde Olusola. Both music graduates from Delta State University, Abraka. They started music professionally 4 years ago as singers and music producers working with a handful of upcoming artistes including Finland based Nigerian Phemo, Tesleem d don and others.

The twin earlier collaborated with LKT (of ‘Yahoozee’ and ‘follow follow me’ featuring P Square fame) signed to Edlyne Records and a collaboration with Ruggedman is in the works.