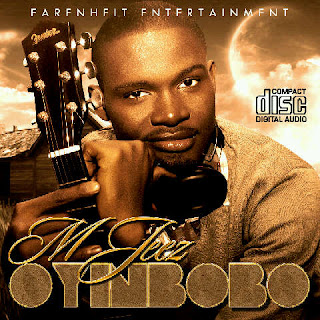 Madubuike Chinedu Murphy Jnr a.k.a M Jeez is an Afro pop artist ans songwriter, who grew up in the eastern part of Nigeria in a family of Seven. He started his music journey when he was just 8 years old, after listening to records from Michael Jackson including his singles: ‘Beat it’, ‘Thriller’, ‘Heal the world’ and music from the likes of Madonna, Don Williams, Fela Kuti, Bright Chimezie. After his secondary education at F.G.C Nise, he went ahead to obtain a degree in Mathematics at the University of Benin. During his stay in Benin, he began recording. He dropped his first single “Onye ka a na kpoo “, which major underground hit in 2008 and giving him the opportunity to open up for a lot of bigger artists like Maleke, Sleezy E, Cyrus Tha Virus, T.J, Mode 9, Flavour, Rugged man, Timaya and a host of other artistes.

He recently signed a management deal with Farenheit Entertainment and He is now working on his album, which will be a 10 track CD with collaborations with acts like Jay won, Skales, Ice prince, `Flavour and Ego Omalicha.