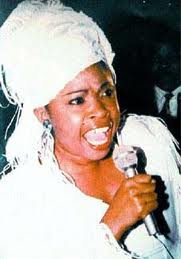 A Christy Essien-Igbokwe memorial symposium titled ‘The Artist in the Socio-Political Development of a Nation’ will be headlined by Dora Akunyili, Chris Anyanwu and Onyeka Onwenu and hold at the National Theatre, Lagos, on Monday, September 5, by 10am.

A Tribute to the Lady of Songs, a red carpet event has been slated for Tuesday, September 6, at Niteshift Coliseum. It will feature ‘The Five Divas’. There will be a musical stampede alongside simultaneous candlelight processions across the country on Wednesday and a public lying in state at ‘Entrance A’ of the National Theatre from 10 am to 3pm. A service of songs follows at the Airways Ground, Oba Akinjobi Street, Ikeja.

A private lying in state holds on Friday, September 9, at her residence: 43, Talabi Street, Ikeja. It will be followed by a funeral service at Archbishop Vinning Memorial Church, Ikeja.
‘Seun Rere’ singer goes home. Rounding up the burial event for the ‘Seun Rere’ crooner is an outing service on Sunday, September 11, at Archbishop Vinning Memorial Church.
http://feeds.feedburner.com/OloriSupergal